In addition to the live streaming video broadcast of the entire 2015 WBSC Men’s Softball World Championship via Ballpark Broadcasting and Sports Canada TV, the bronze and gold medal games on the final day of the tournament, were also broadcast via Shaw cable TV in Canada.

The entire 5 man crew of ballpark broadcasting was involved in the final day’s broadcasts of the bronze and gold medal games:

The Sports Canada TV broadcasts are available on a Video on Demand basis at Sports Canada TV. (Remember to click the date on the left-hand side of the sports Canada website and then select the game you wish to watch)

The Shaw TV telecasts will be replayed In the local Saskatoon area on the dates shown below, and available as video on demand for Shaw TV Subscribers in Canada 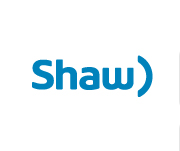 Both bronze and gold games will be repeat on Shaw TV, Channel 10 (in Saskatoon only) the following days/times:

It will also be available on Video on Demand to all Shaw cable subscribers within the next day or two.