You are here: Home / Archives for WBSC

Tune in to watch all games live at www.worldsoftball.tv

Here are the broadcaster assignments so you can follow along. 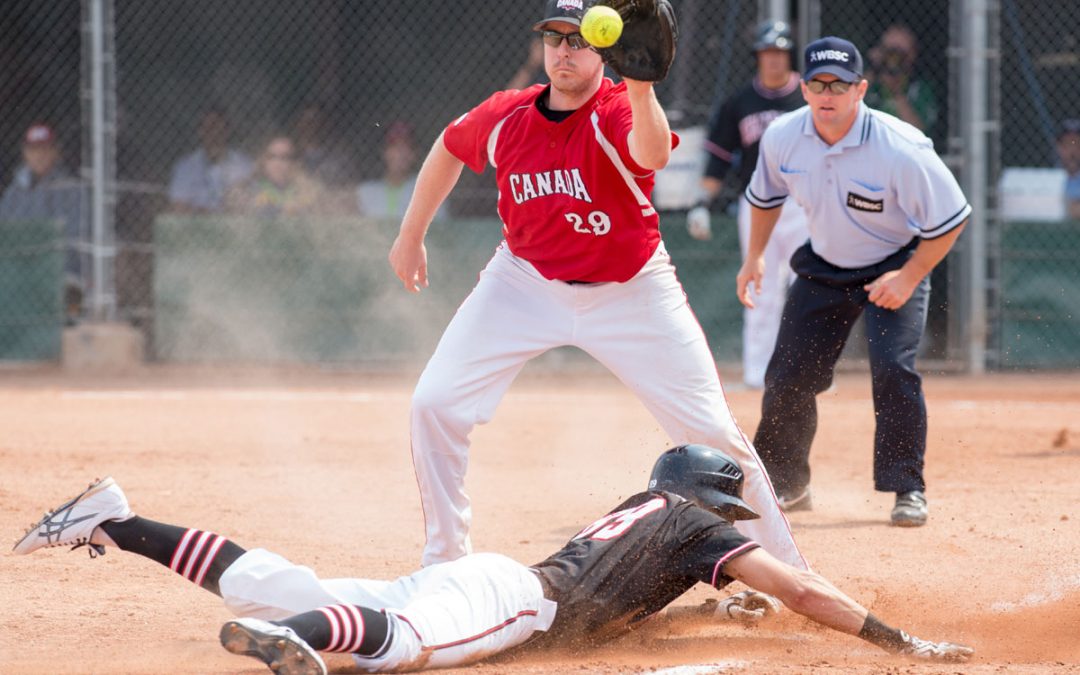 The crew from Ballpark Broadcasting will be doing play-by-play and color commentary for 13 selected games from the 2016 WBSC Junior Men’s World Championship in Midland Michigan, starting on Wednesday, July 27, 2016 with two broadcasts, at 6 PM Eastern time, with the USA taken on Australia, followed by a 8 PM Eastern time broadcast of the game between Canada and South Africa.

Wednesday night broadcasts will be the final two games of pool play for the tournament, with medal round play for the top eight teams starting on Thursday morning, July 28, 2016.

The crew for Midland will include 4 of their 5 regulars, Lance Winn, Joe Todd, Blair Setford and Jim Flanagan. (Kyle Smith is away tending to his duties for the 2016 Canadian Jr. Men’s Championship)

(Remember that ALL of the tournament’s games are being live video streamed by SportZcast, who will partner with Ballpark Broadcasting for the 13 games with play-by-play from the booth.)

In addition to the live streaming video broadcast of the entire 2015 WBSC Men’s Softball World Championship via Ballpark Broadcasting and Sports Canada TV, the bronze and gold medal games on the final day of the tournament, were also broadcast via Shaw cable TV in Canada.

The entire 5 man crew of ballpark broadcasting was involved in the final day’s broadcasts of the bronze and gold medal games:

The Sports Canada TV broadcasts are available on a Video on Demand basis at Sports Canada TV. (Remember to click the date on the left-hand side of the sports Canada website and then select the game you wish to watch)

The Shaw TV telecasts will be replayed In the local Saskatoon area on the dates shown below, and available as video on demand for Shaw TV Subscribers in Canada

Both bronze and gold games will be repeat on Shaw TV, Channel 10 (in Saskatoon only) the following days/times:

It will also be available on Video on Demand to all Shaw cable subscribers within the next day or two.

Our broadcast crew is doing 6 games today, all but the 1:00 pm game (which will have live stream only)

Great Britain vs Argentina
10:00 am
Jim Flanagan and Lance Winn

Venezuela vs Dominican Republic
10:30 am
Blair Setford and Kyle Smith