You are here: Home / Archives for bb

The Host committee of the 2015 WBSC Men’s World Softball Championship in association with Ballpark Broadcasting and SportsCanada.TV is pleased to introduce to softball fans around the world a premium live video broadcasting service.

Event chairman Bryan Kosteroski states “We are excited to offer this fantastic service to softball fans around the world. Our two partners in this event will ensure that no matter where ever you are on this huge planet you will be part of the action”.

Live streaming video broadcasts will be offered for all 65 games played over the 10 days of the championship. The broadcasts will be a joint venture between SportsCanada.TV and Ballpark Broadcasting. SportsCanada.TV will provide the video production for each game and Ballpark Broadcasting will provide the play by play and color commentary for 50 of the 65.

2015 is the second year in row that Ballpark Broadcasting and Sports Canada TV will be teamed to deliver state of the art, high definition live streaming video broadcasts, of an ISF/ WBSC Championship to a world-wide audience.

In 2014 the two broadcasting concerns produced 54 live stream video broadcasts during the 10 days of the ISF Junior Men’s World Championship in Whitehorse. The quality of the broadcasts received rave reviews from a world-wide audience of over 80,000 views.

The in-the-booth broadcast crew of Ballpark Broadcasting at this event will feature a 5 man crew consisting of: Kyle Smith, Lance Winn, Joe Todd, Blair Setford and Jim Flanagan. The Ballpark Broadcasting quintet has been together for the better part of a decade and has broadcast hundreds of games to softball fans around the world. The five, brings years of experience and knowledge of the men’s international game to the booth.

Sports Canada TV will be headed up by producers Choyal Brown and Kat Britten, along with their camera crew of Adam Donnelly, Gillian Landrigan and Adam Yucker. In just a few short years Sport Canada TV has become the largest online amateur sports network in Canada.

In case you wish to post, here is a spanish language translation of the WBSC announcement about streaming. (the one that gives prices and says further details next week). It’s from Argentina’s website.

The fourteenth edition of the men’s flagship softball event will showcase a total of 73 games, 56 in a round-robin format, followed by 7 placement games and 10 playoff games.

Nations will be divided into two pools of eight to compete in a challenging round-robin that consists of seven games in seven days, with the top four finishers from each pool advancing to the double page playoff round.

The participating nations in the WBSC Men’s Softball Championship represent a global reach that spans across Asia, Europe, North- and South America, and Oceania.

All 16 participating National Teams will compete on Opening Day, with action opening on Friday, 26 June at 09:30 local time.

Opening ceremonies will begin at 17:30 at the main competition field, which will be followed by Canada meeting Guatemala in front of the home crowd.

Guatemala will be making their historic men’s world championship debut, following their performance at the Pan American Softball Championship held in Paraná, Argentina in November 2014.

New Zealand is aiming to repeat as world champions following their gold medal performance on their home turf in 2013 by defeating Venezuela 4-1; Australia earned the bronze medal.

The WBSC has a full list of official events on the calendar that span from June to November which include the Pan American Games in Toronto, Canada, the U12 Baseball World Cup in Tainan, Chinese Taipei, the U19 Women’s Softball World Championship in Oklahoma City, USA, the U18 Men’s Baseball World Cup at Koshien Stadium in Japan, and the inaugural Premier 12 co-hosted by Japan and Chinese Taipei. 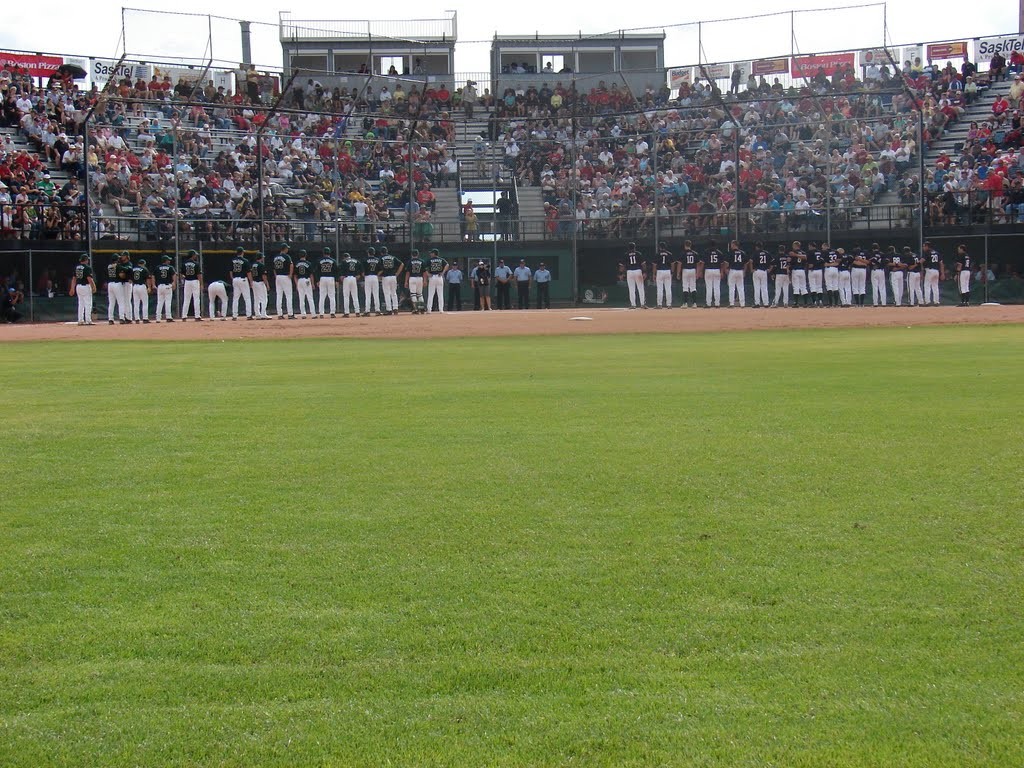 We’re just getting settled at our new site, so please be patient with us. We’re still moving furniture, so be careful to look before you sit down.