You are here: Home / Archives for bb

From Excelle Sports By Kayla Lombardo Excelle Sports’ “Faces of the Game” series—in conjunction with Wilson Sporting Goods—gives an inside look into the stories of athletes beyond the field of play. Jessica Mendoza looks into the lens of a camera comparably to how she used to look into the eyes of an opposing pitcher—with poise and confidence. Now, instead of her … END_OF_DOCUMENT_TOKEN_TO_BE_REPLACED

From LAist Vin Scully's leaving the announcer's booth after 67 (!) years. To give you some context, when Scully first started, Harry Truman was president, Peanuts was in its first year of circulation, and the Dodgers were still in Brooklyn. Of course, one thing fans have been grumbling about in recent years is the fact that you can't even watch the Dodgers telecasts … END_OF_DOCUMENT_TOKEN_TO_BE_REPLACED

From Softball Canada Live stream established for 2016 Men’s and Master Men’s Canadian Fast Pitch Championships If you can’t make it to the game, we’re bringing the game to you! St. John’s, NL - (Aug 30, 2016) The host committee of the 2016 Men's and Masters Men's Canadian Fast Pitch Championships is pleased to announce that games occurring on Diamond No. 1 at Caribou … END_OF_DOCUMENT_TOKEN_TO_BE_REPLACED 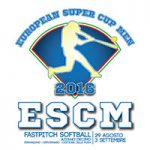